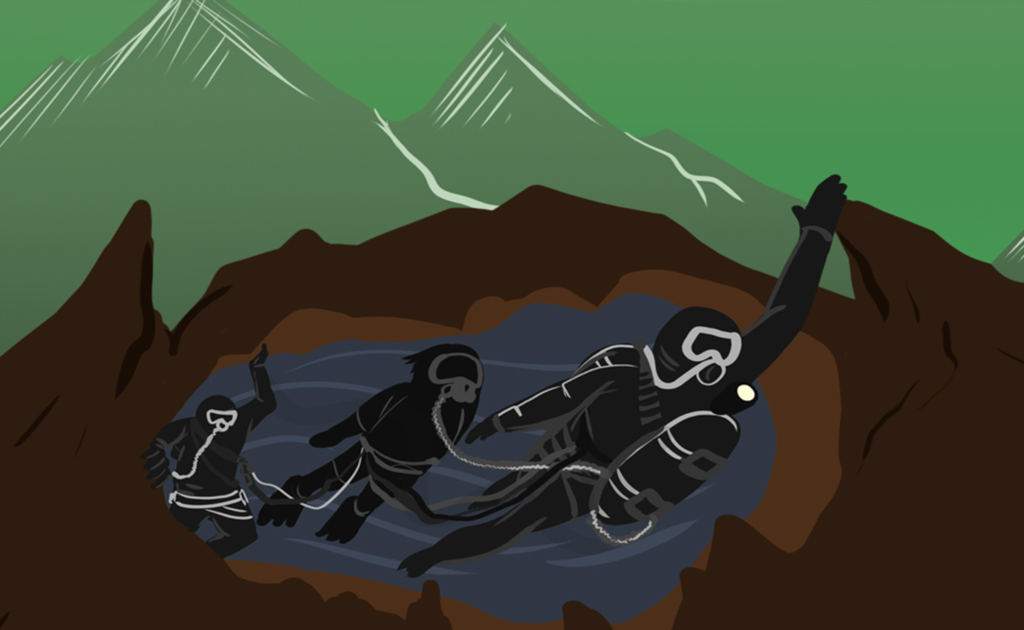 A football team of 12 children, ranging from 11 to 16 years old, were trapped with their coach in Tham Luang Nang Non cave that is located in the far North of Thailand, after sea water submerged the entrance.

Search operations started at night, after police received reports about missing children from their parents. Police later found the children’s bikes and sports equipment outside the cave.

Thai defense minister, Prawit Wongsuwan, said that divers from the Royal Marines entered the cave, searching for the children.

Rescue team managed to reach the children, four kilometers away from the cave entrance, 10 days after police received the reports.
Rescuers provided the children with oxygen cylinders and food. A doctor was called to evaluate their health condition.

Saman Gunan, one of the Thai divers, died because of lack of oxygen while spreading oxygen cylinders in different points along possible rescue paths.

The children sent handwritten letters to their parents, delivered by the rescue team, telling them that they’re OK. This was the first communication between the children and their parents since they were trapped.
“Don’t worry, we’re strong,” said one of the kids in his letter. “It is good that our teacher doesn’t give us a lot of homework,” he joked.

The coach also sent a letter to the children’s families, apologizing about what the kids were suffering.

Thai authorities declared the success of the first phase of rescue process, getting four of the 12 trapped persons out and moving them to a hospital.

Thai Marines declared the success of the whole rescue process, after getting the 12 children and their coach all out of the cave, and moving them to the nearest hospital.

Egyptian journalist who also works as a copy editor at al-Dostour. He has a long experience of working at different digital and print newspapers.