When Mohamed Mounir came to Cairo after the Nubian villages sank under the waters of Lake Nasser after the construction of the High Dam, he did not know he would become the “king” sitting on the throne of his own musical fusion that combines the Nubian heritage and modern tunes.

With his tan skin and dark hair, Mounir stands with one hand in the air swirling circles.His music burned through the ears of thousands of people from all over the world for thirty years.

Born on October 10, 1954 in the village of Manshiyat Nubia in Aswan, Mounir studied photography, cinema and television at the Faculty of Applied Arts at Helwan University.

His career launched with the album “Teach Me Aniki”, which was released in 1977 and included 10 songs, and then the number of albums rolled to reach 30 albums so far.

Mounir’s music was distinguished from his peers as he was the first Arab singer to perform jazz music in his album “Shababek” which was released in 1981 and achieved huge sales, and the album itself contained the song “Krishendo” during which he presented “jazz” and “funk” for the first time.

He redistributed his songs in the album “Mishwar” in 1992. Mounir also broadcasted his voice in the spirit of old songs such as “The world is a feather in the whims of Saad Abdel Wahab,” Something Far From My Mind “by Laila Jamal and” I Love the Sea “by Najat Al Saghira.

In addition to introducing the Arab listener to the Nubian heritage, Mounir presented works from Tunisian folklore as in “Under the Yasmina” and Moroccan in “Hikmat Al-Aqdar” and Jordanian in “Ya Tair Ya Tayer”, and Sudanese in “Central Al-Daira and popular houses”.

Over the 40 years, Mounir has been appeared in 11 film, 3 plays and 3 series. He won the Best Singer Award at the MEMA Competition in 2008, in addition to the CNN Peace Prize for the Earth Peace album.

He also received the Platinum Award from the Universal Company for the song Yasmina, and the Library of Congress placed his name on the list of the most important artists in the world, and his song “Tonight, Samra” won the BBC poll for the 50 best African songs in the 20th century. 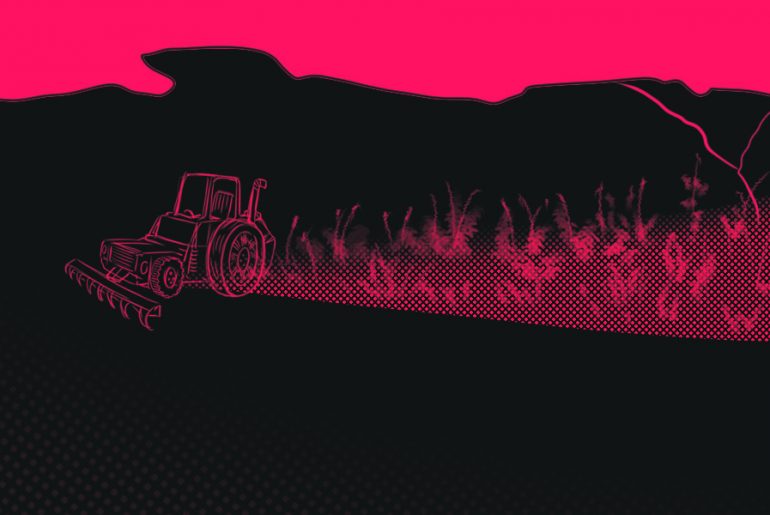 Egypt had the Most Arable Agricultural Land Until the 1980s: Where is it Now?