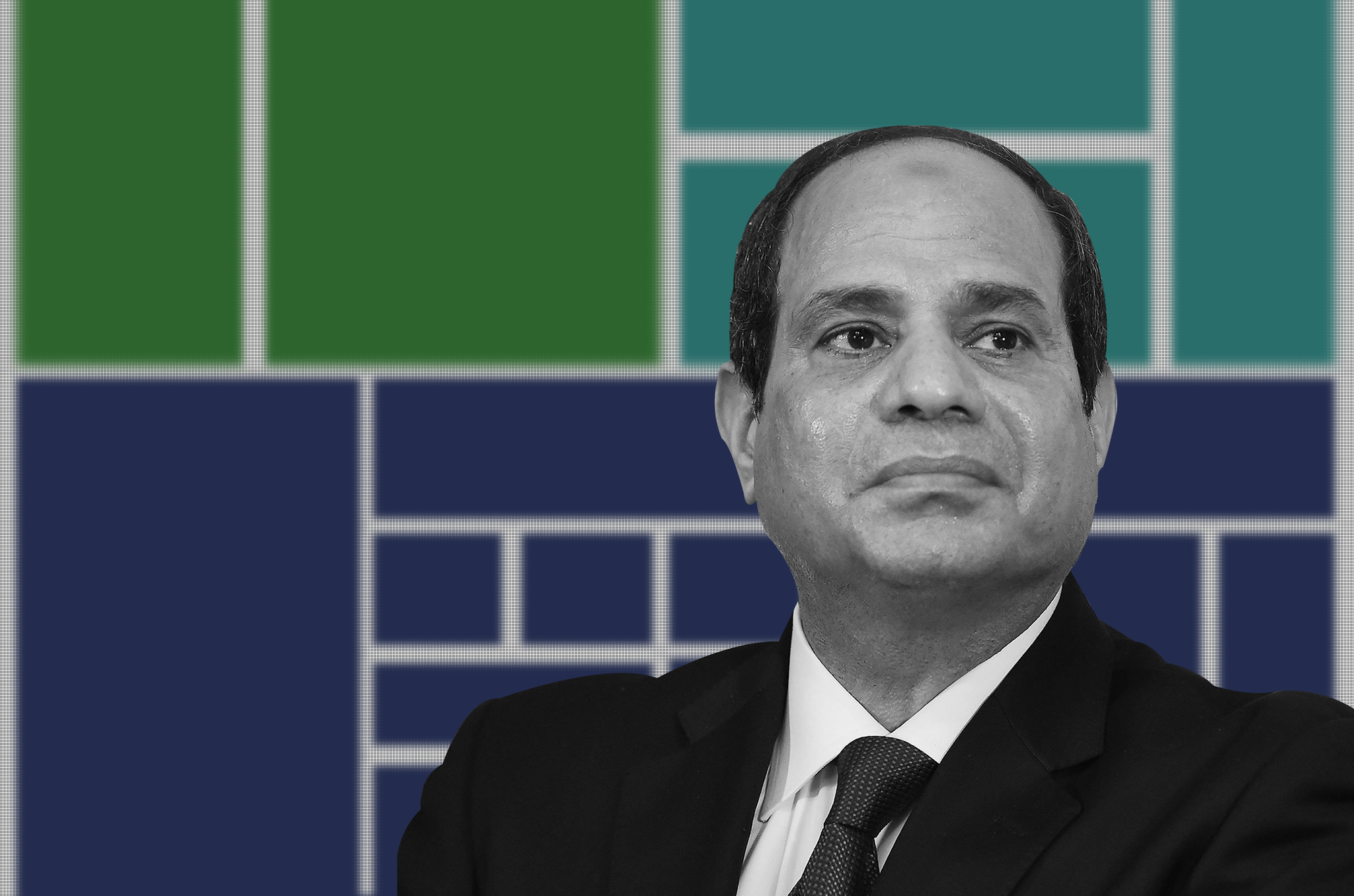 Abdel Fattah al-Sisi, the sixth president of Egypt, ratified 1,178 decrees that were published in the Official Gazette since him taking the office up till the end of late November. Most of the decrees were economic and administrative, 512 and 441 respectively. The share of political aspects in Sisi’s decisions didn’t exceed 207 decrees.

In the interactive dashboard below, you can know more about each decree the Egyptian President made in the examined period.

The President is the Supreme Commander of the armed forces. But, interestingly, Sisi’s only military decision was Decree no. 323 of 2015, regarding extending the operations of the armed forces in the Gulf and Bab al-Mandab region for six months. We highlighted the decision in the graph above.

Meanwhile, the majority of economic decrees were related to the state budget. In the visualization below, the green line in the timeline represents the number of economic decrees over the months. Three high spikes can be noticed. These were driven by a large number of general authorities and organizations budget bridging and final accounts decisions.

Administrative decrees were in large regarding appointments and assignments, while political decrees focused on laws amendments and promulgation, which reached 70 and 34 decrees respectively.

Dig deeper into each decree category in the visualization below by clicking on it, to know the included subcategories and its trend over the examined months.


Most of this land was allocated for governorate presidencies and governmental authorities and organizations. This is not the interesting part. The part that is, is that six of these decrees were of land allocations for foreigners; three Saudis, a Jordanian, the King of Bahrain and the Emir of Kuwait.

[epq-quote align=”align-right”]Two land allocation decrees were made in favor of the King of Bahrain and the Emir of Kuwait.[/epq-quote]

The three Saudis and the Jordanian allocated land was most likely for investment purposes. However, the allocation for the King of Bahrain, Hamad bin Isa was for the purpose of ‘residence’, as stated in Decree no. 433 of 2016. The allocation Decree no. 386 of 2017 for the Emir of Kuwait, Sabah Al-Ahmad, on the other hand, was for an unspecified purpose.


As noticed, the Egyptian armed forces and security authorities, including General Intelligence, Homeland Security, Ministry of Defense and Ministry of Interior, were allocated land with 24 decrees.

Out of the 24 decrees, 17 were for the Egyptian armed forces and its affiliated companies. We explored the purposes for which the army is allocated this land and found that 11 of them were clearly stated for non-military purposes (construction projects, land reclamation, and aquaculture), compared with just two decrees for military purposes. In fact, the purposes behind the other four allocations were not specified at all in the decrees statement.

[epq-quote align=”align-right”]The great majority of the land allocated for the Egyptian armed forces was for non-military or unspecified purposes. [/epq-quote]

Finally, the highly noticeable number of appointment, assignment, dismissal, and promotion drove us to dig into such decrees. Below we illustrate how many of such decrees were in favor of what type of entities.


Interested in how we did it? Here we tell you.

First of all, we scraped the decrees published in the Official Gazette during the examined period from the website. We faced the problem of online unavailability of the complete database. So, we had to complete compiling it manually from the paper version of the Gazette.

Then, we started the data cleaning phase using Microsoft Excel and Google Sheets. We first filtered out all non-presidential decrees. Then, we started to provide the database with detailed columns depending on the decrees statement. Afterward, we spent time verifying the database. The steps so far took us about five months of discrete work on the project.

Finally, we translated the database from Arabic to English. For visual analysis and presentation, we used Tableau Desktop. Then we wrote the story, and, well, here we are!

If you have any further comments or questions, don’t hesitate to say hi!